Inside Music with Director of Performance Rosalind Ventris 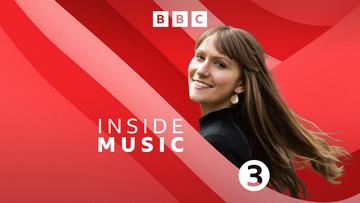 Our Director of Performance and Performance Studies Rosalind Ventris was recently featured in the Inside Music series by BBC Radio 3. In this episode, she showcases a wide range of music that she has been discovering through her teaching, research and performing career. The selection includes works on the themes of migration from under-represented composers, including Florence Price, Varvara Gaigerova, Catrin Finch & Seckou Keita. Another piece featured in the episode is Sinfonia No. 1 by 17th century Flemish composer Leonora Duarte, of which the manuscripts are held in Christ Church Library.

To listen to the full episode, please visit the BBC website.

Rosalind Ventris is a leading advocate of the viola and works as a performer, teacher and researcher. Her career was launched as a prizewinner of the Lionel Tertis International Viola Competition aged 17. As a soloist, she has appeared at the Bozar, Royal Festival Hall, Wigmore Hall, Slovak Philharmonic and the Concertgebouw, and with orchestras such as l’Orchestre Royal de Chambre de Wallonie and the Belgian National Orchestra. Rosalind has collaborated with renowned artists such as pianist Mitsuko Uchida, violinist Nicola Benedetti, cellist Sheku Kanneh-Mason and actor Simon Russell Beale.The Timeswrote of a concert in March this year: ‘the plaintive responses of violist Rosalind Ventris –the echoes finding their own echo, as it were – were actually the most affecting of all.’ Her work celebrates repertoire outside of the traditional musical canon. Last year, she recorded an album of solo viola music by twentieth-century and contemporary female composers and she has performed this repertoire at a number of prestigious festivals and venues in this year. Another highlight from the current season is her work as a member of the Kaleidoscope Chamber Collective, with whom she has performed multiple BBC Radio 3 and Wigmore Hall broadcasts. The group is an Associate Ensemble of the Wigmore Hall and performed in the Hall’s 120th anniversary celebrations this year. Their recording of Florence Price and Amy Beach’s piano quintets was released on Chandos Records in May: this is the world premiere recording of Price’s Quintet in A minor and it was Editor’s Choice in Gramophone Magazine (July 2021).

Rosalind’s research has been closely linked to her activities as a performer: her written research focuses on early twentieth-century string playing, as evidenced in recordings from this period, asking how this might inform performance styles today. With her former string quartet (the Albion), she recorded two Dvořák discs for Signum Records, which linked to her research at the British Library Sound Archive into the early Dvořák recordings of the Bohemian Quartet (Rosalind was a British Library Edison Fellow, 2018-2019). Rosalind wrote the liner notes for one of these discs, and the last release was Editor’s Choice in Gramophone Magazine (February 2020). Rosalind furthered her research as an awardee of an RIAM Amplify Research Grant for 2019/20, and an Erasmus- funded research trip to Prague in October 2019. Rosalind’s research interest in female composers and performers led to writing an article forThe Stradon forgotten nineteenth- and early-twentieth-century female performers.

Rosalind also has a strong research interest in contemporary music: she has given numerous premieres, including several works written for her by Edwin Roxburgh at major London venues. She made the premiere recordings of Richard Blackford’s Kalon for string quartet and string orchestra with the Czech Philharmonic Orchestra and Jirí Rožen for Signum Records with the Albion Quartet (The Sunday Times Best Recordings of 2019) and Rory Boyle’s Trio Di tre re e io (Delphian Records). As a member of flute, viola and harp trio, Trio Anima, she recently gave the premiere of a new work by Rory Boyle in London and recorded disc featuring contemporary Welsh music for Tŷ Cerdd. She has played alongside composers Garth Knox and Sally Beamish in performances of their works (at the Wigmore Hall and Lewes Festival of Song respectively).

Rosalind has recently been appointed as the Director of Musical Performance and Performance Studies at the University of Oxford. For several years, Rosalind taught at the Royal Irish Academy of Music in Dublin, and she is also a Benedetti Foundation tutor. She has given masterclasses at the Royal Welsh College of Music & Drama, King’s College London, Ryedale Festival, Aldeburgh Music’s Middle Eastern Development Project, at secondary schools and through Erasmus. She directed the inaugural summer chamber music course for the Royal Irish Academy of Music in 2019. She read Music at Cambridge University and studied with David Takeno at the Guildhall School of Music and Drama. She is one of the Artistic Directors of the Cowbridge Music Festival in Wales.