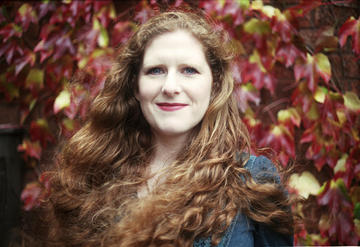 Ensemble ISIS with music director Dr John Traill and Clare O’Connell; cello
A focus on the music of Cheryl Frances-Hoad alongside student compositions.

Free and open to all.

Founded in 2002 by Prof Robert Saxton composer and conductor Dr John Traill (Director of Music at St Anne’s College), Ensemble ISIS is the Faculty of Music’s contemporary music group dedicated to performing new works by world-class composers as well as the music of talented undergraduate and postgraduate composers in composition workshops and public performances. The ensemble is competitively auditioned through the ISIS Scholars Scheme, engaging the strongest undergraduate and graduate student performers.

Admired for her originality, fluency and professionalism, Cheryl Frances-Hoad has been composing to commission since she was fifteen. Classical tradition (she trained as a cellist and pianist at the Menuhin School before going on to Cambridge and King's College, London) along with diverse contemporary inspirations including literature, painting and dance, have contributed to a creative presence provocatively her own. "Intricate in argument, sometimes impassioned, sometimes mercurial, always compelling in its authority" (Robin Holloway, The Spectator), her output - widely premiered, broadcast and commercially recorded, reaching audiences from the Proms to outreach workshops - addresses all genres from opera, ballet and concerto to song, chamber and solo music.