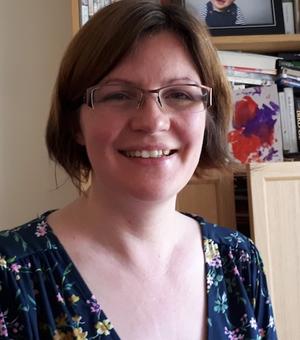 Jo’s existing research explores connections between modern music and radical politics, especially in twentieth-century Britain. Her monograph, Alan Bush, Modern Music and the Cold War: The Cultural Left in Britain and the Communist Bloc was published by Cambridge University Press in 2017. She has also published widely on Britten, Tippett, and Eisler. More recently, Jo has been engaged in studying digital methods of understanding composer’s compositional processes and disseminating that knowledge to wider audience. She pursued this in two postdoctoral posts at the Faculty of Music (2015-16 and 2017-18), during which she created the Delius Catalogue of Works (delius.music.ox.ac.uk), which won the British Library Labs Research Award in 2018. She also worked on the project Digital Delius, curating and writing content for the British Library’s flagship digital music resource Discovering Music (https://www.bl.uk/20th-century-music).

As a new Research Affiliate of the British Library, Jo is now collaborating with Professor Daniel Grimley on a new project exploring Elgar’s themes and digital methodologies, and she is embarking on a second monograph project entitled Elgar and the Catholic Imagination.

Jo has been Junior Research Fellow at Worcester College (2009-10), Leverhulme Early Career Fellow at Nottingham University (2010-15) and Teaching Fellow at King’s College London (2017) in addition to teaching and research posts in Oxford. She has wide experience teaching music history from 1740 to the present day, women composers, and musical thought and scholarship.