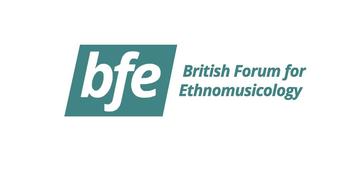 The British Forum for Ethnomusicology has awarded their 2022 Student Prize to DPhil Music student Caetano Santos (Merton College, 2019) for his paper "Damn Corona: the (necro)political aesthetics of migration and the Haitian exodus from Brazil during the Covid-19 pandemic".

The committee made the following comments on Caetano's paper: "As much of the world sees a rise in xenophobia and racial/ethnic prejudice, and as reflections begin on how people and politicians responded to the global crisis, Santos’s powerful paper is timely, insightful, and impactful. He takes a deep dive into the Haitian community and its musicians in Brazil, tracing the community’s subaltern status, but listening to their viral songs. Richly detailed and sharply written, it references a considerable and diverse literature to set up each of its parts. Songs invert silence and sound – silence marking fear of the unknown and the cross-cultural intensity of presence and effect, but sound demonstrating both recognition and engagement."

The British Forum for Ethnomusicology (BFE) is an association formerly known as the International Council for Traditional Music (ICTM, UK Chapter). As an Affiliate National Committee to the ICTM, their aim is to advance the study, practice, documentation, preservation and dissemination of traditional music and dance, including folk, popular, classical, urban, and other genres, of all countries.