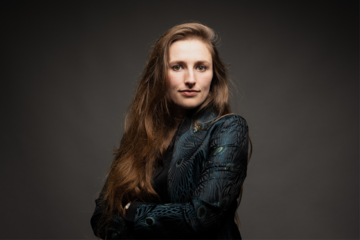 This month Dr Leah Broad joined Andrew McGregor on the latest episode of BBC Radio 3's Record Review. Together they explored the never-before-released DVDs of the complete Sibelius symphonies with Paavo Berglund conducting the Chamber Orchestra of Europe, which were recorded in concert in Helsinki in the late 1990s, and discussed how Bergland's sometimes controversial interpretations of Sibelius's work created a unique and distinctive set of recordings.

Dr Leah Broad is an historical musicologist who has worked on incidental music in the Nordic countries. She completed her thesis on theatre productions for which music was written by Jean Sibelius, Ture Rangström, and Wilhelm Stenhammar. Viewing the music as an integral part of the production, she looked at how music was involved in the attempt to build a ‘people’s theatre’ in Sweden. Currently, her research is focused on women composers in twentieth century Britain, in particular Ethel Smyth, Rebecca Clarke, Dorothy Howell, and Doreen Carwithen. The project establishes their relative significance in their lifetimes, explores how this changes our narratives about British music of this period, and looks at how their music has been received since their death.

Listen to the full episode on BBC Sounds.