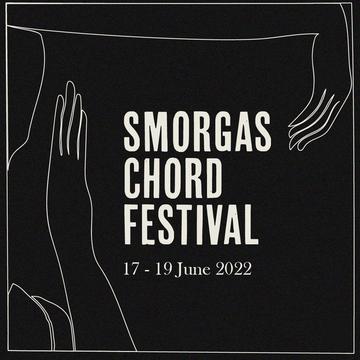 SmorgasChord is an arts festival with new music at its heart. Their mission is to explore unexpected connections between musical and literary cultures, both local and global. It is comprised of a small and flexible group of artists who come together each year to explore, define and communicate an artistic vision. Performances are site specific, engaging with the historical narratives those spaces embody. Their vision is to bring together a community of the curious-minded, who are willing to engage with performances that ask as many questions as they answer. SmorgasChord was founded in 2021: as a response to the pandemic, they believe the arts should try to be brave and bold. The inaugural day-long festival, featuring works from Clara Schumann to Kaija Saariaho, was held in June 2021.

The Directors commented: ‘We are absolutely thrilled to be able to release our new and exciting programme for SmorgasChord. There is so much to look forward to! Be it a scintillating performance of a modern masterpiece by Sir Harrison Birtwistle, or the joys of Hindustani vocal music, or the sheer delight of a crisp, cool sauvignon blanc on a long summer’s evening, there is so much to enjoy and be excited about. We simply can’t wait for everyone to come to Oxford and for this joyous party of art, music, poetry, food and drink to start!’

Sebastian Black (Christ Church, 2014) is a British / NZ musician who was born in 1996 in Colchester, UK. His music has been commissioned by Aldeburgh Music, the BBC, Mahler Foundation (for Het Concertgebouw), Cambridge University and New Music North West. Aged only 14, Kollaps, for clarinet and electronics, received its premiere at the Royal Albert Hall, London, by Jordan Black in 2010. This was followed by Five Lorca Settings (Jesus College, Cambridge, 2011), Notturno (Snape Maltings Concert Hall, 2012), and Narcissus (Manchester, 2013). More recent works have included Chrysalis (Christ Church, Oxford, 2015, subsequently broadcast on BBC Radio 3), Idyll-Cortège (Sheldonian Theatre, Oxford, 2017) and Grand Pas de Cinq (KCL, 2018). In 2010, he won the BBC Young Composer as one of the youngest ever winners. He studied with Sir George Benjamin at King’s College London for his masters, for which he was awarded the Hilda Margaret Watts Prize. He previously studied at the University of Oxford and Chetham’s School of Music. He has also performed extensively as a pianist and curated music festivals in Manchester and Oxford. He co-directs SmorgasChord. Forthcoming projects include the (postponed) premiere of The Mosaique of the Aire, originally commissioned by the Mahler Foundation for Het Concertgebouw’s Mahler Festival 2020, in addition to the premiere of I Heard Nothing But The Roaring Sea at SmorgasChord 2021. He is represented on SOUNZ Centre for NZ Music Toi Te Arapūoro

Cellist Eliza Millett (Lincoln College, 2014) is a graduate of the University of Oxford, attaining First-class Honours in Music, and of the Royal Academy of Music in London, where she studied cello with Christoph Richter. Eliza has performed as a soloist and chamber musician in a number of UK venues such as Wigmore Hall, IMS Prussia Cove, St John's Smith Square and St James Piccadilly, and has taken masterclasses with international musicians such as Adrian Brendel, Colin Carr, Johannes Moser and Gary Hoffman. She is a founder member of the award-winning Echea Quartet, currently Chamber Music Fellows at the Royal College of Music and recent recipients of the Royal Philharmonic Society’s Albert and Eugenie Frost Chamber Music Prize. The quartet has appeared at international festivals in Ireland, Aix-en-Provence, Argentina and at the Banff Centre in Canada, as well as performing and winning the ‘Tremplin’ award at the Philharmonie de Paris’ String Quartet Biennial (2020). The Echéa Quartet’s dedication to new music is central to their work: they have commissioned works by UK-based composers, including Louise Drewett, Freya Waley-Cohen and Robert Laidlow, and have worked closely with Sir Harrison Birtwistle, Andrew Norman and Henning Kraggerud. Eliza plays on a W.E. Hill & Sons cello (2019), generously on loan from the Harrison-Frank Trust. She co-directs SmorgasChord.

For more information about the festival, please visit the event page.