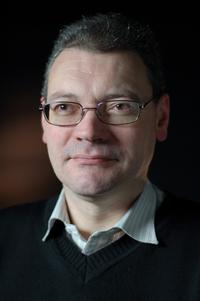 Professor Michael Burden and New College Archivist Jennifer Thorp’s volume, With a Grace Not be Captured; Representing the Georgian theatrical dancer, 1750-1830 has shared - with Beethoven Visuell - the Claire Brook Award for an outstanding volume on music iconography published in 2020. The award is made by the Barry S. Brook Center for Music Research and Documentation at CUNY.

Professor Michael Burden is Fellow in Music at New College, and Professor in Opera Studies in the University. He did his undergraduate and graduate work at the University of Adelaide in South Australia, and his PhD at the University of Edinburgh. He has served on the Council of the Royal Musical Association, is a patron member of the American Society for Eighteenth-century Studies,  and is currently active as the immediate Past President of the British Society for 18th-century Studies. He is also on the steering committee of the Besterman Centre for the Enlightenment, a member of the Project Team for Ballad Operas Online, a Trustee of Répertoire International des Sources Musicales (RISM), United Kingdom; and on the Advisory Panel of The Oxford Centre for Life-Writing.

Michael and Jennifer organize the Oxford Dance Symposium which takes place every year at New College.