Harold Arlen and His Songs 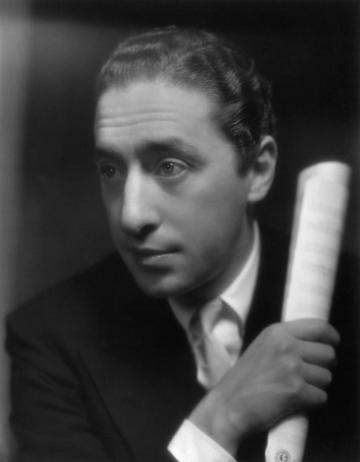 Free to attend, register here. Please note this session is online-only, there is no in-person attendance for this colloquium.

This talk will explore the challenges (and rewards) of doing research on the American Songbook, a repertory central to musical culture of the United States in the twentieth century. The focus is on Harold Arlen, composer of “Over the Rainbow,” “Stormy Weather,” and other standards.  Arlen had a fifty-year career as composer, as collaborator with a range of different lyricists, and as a performer of his music.  Among the topics to be discussed are the nature and availability of sources for this repertory; the relevance of racial and ethnic identities to an understanding of Arlen’s songs; and Arlen’s frequent modification of conventional forms.  I will also consider the “ontology” of an Arlen song: how does the notated sheet music (when it survives) represent the composer’s intentions, and how do performances or recordings become part of the song’s identity? “Over the Rainbow” is arguably as much Judy Garland’s “work” as it is that of Arlen and his lyricist Yip Harburg.

Walter Frisch is H. Harold Gumm / Harry and Albert Von Tilzer Professor of Music at Columbia University, where he has taught since 1982.  He has also been a guest professor at University of Freiburg, University of Pennsylvania, Princeton University, and Yale University.  Prof. Frisch has written extensively about Austro-German music of the nineteenth and twentieth centuries, including books on Brahms, Schoenberg, and German Modernism.  Prof. Frisch served as general editor of a series of period music histories from W. W. Norton, Western Music in Context. His volume in the series, Music in the Nineteenth Century, was published in 2012.  Prof. Frisch has been working more recently on music of the American songbook, especially Harold Arlen.  His book Arlen and Harburg's Over the Rainbow appeared in 2017.  He is now completing a book, Harold Arlen and His Songs, for Oxford University Press.

About the series:
The Colloquia feature leading figures, as well as younger scholars, from across the world. They present their research in papers on all kinds of music-related topics. Graduate student Judith Valerie Engel organises the series. Presentations are followed by a discussion and drinks reception. If you would like more information, please email judith-valerie.engel@chch.ox.ac.uk.