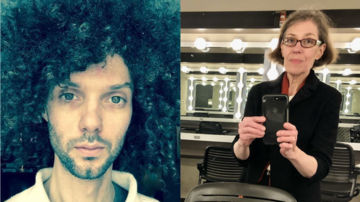 A Symposium in Connection with the Project
Composing Philosophy: Aesthetics and Amateurism in Twentieth- and Twenty-First Century Music (funded by the Marie Skłodowska Curie Actions of the European Commission)

Composing and performing musicians, as well as music scholars, sometimes operate with formal philosophical methods or sources when pursuing their respective crafts.  Yet at other times the philosophical underpinnings of such work are less easy to classify or identify, even when they are still crucial. This online symposium looks at some aspects of this problem through the conceptual lens of vernacular philosophies of music, i.e., those philosophies that—while they may have a great deal in common with systems articulated in more formal texts—are ultimately arrived at more personally and in social contexts beyond the institutional ones in which philosophy is most often thought to be found.

Through two keynote talks by Michael Gallope and Carolyn Abbate, two formal responses, and a final discussion panel, the invited speakers will address these questions and related ones in relationship to varied musicological and philosophical frameworks, as well as examples drawn from twentieth-century avant-garde musical practices and current music scholarship trends.

Free to attend, register here. Please note that places are limited and registration closes at 9am on the day of the event.