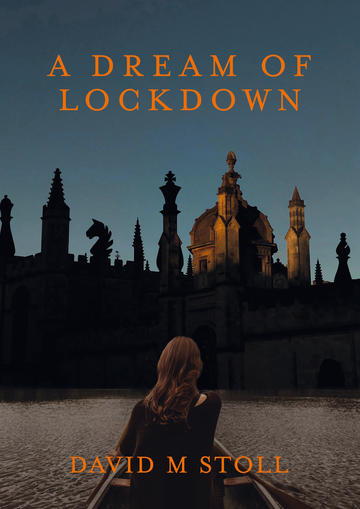 David Stoll (Worcester College, 1967) is known for his concert music, background music for the media and music for children.  Although he had written articles and text books, and even some short stories for BBC Radio, he had never written a novel until lockdown changed his working timetable. Earlier this year A DREAM OF LOCKDOWN was published.

Although a work of fiction, in the book David describes – and even tries to demonstrate – the process of musical composition, exploring the balance between inspiration and formal construction.

“The book didn’t turn out quite as I had expected,” David explained.  “Instead of one story, there seem to be three, and a lot of musing besides.  However, I am glad that readers have also found the way it is put together interesting and thought-provoking.  And several have commented on the humour.”

It is difficult to sum the book up in a few sentences.  It is described as a multi-faceted comedy about chess, stories, puzzles, distorting mirrors, the songs of the Beatles and living through lockdown. And, as the cover implies, there is much about Oxford and how David's time there influenced his life, his thinking and his music.

You can find out more about the book on Amazon, and more about David’s music, his educational projects and his work for composers in the UK and Europe on his website.