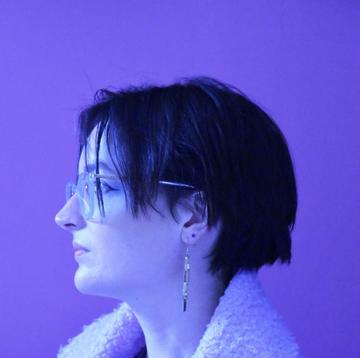 On Wednesday 26 October, the BBC Philharmonic performed the world premiere of Drought, a new one-act opera by composer Anna Appleby (St Hilda's College, 2011) and poet Niall Campbell. This metaphysical tale of retribution and remorse revolves around two characters, on what appears to be a single day in a single room on a drought-stricken farm, and the rising tensions between them. The score juxtaposes a nostalgic, pastoral orchestral world with the electronic allure of the radio and all it promises.

This opera is the result of a ground-breaking project where poet Niall Campbell and composer Anna Appleby have written an opera together for their doctoral research. It is a collaboration between the Royal Northern College of Music, Manchester Metropolitan University and the BBC Philharmonic, funded by the Arts and Humanities Research Council. The premiere is semi-staged with minimalist props and set.

On the premiere, Anna writes: 'It is a huge honour to be working with the BBC Philharmonic on my new opera, and also a fresh challenge as they are first and foremost a radio orchestra. For this premiere I have considered the experience of the listener at home, as well as the audience in the studio, and hope to achieve something that sits well with both. It has oftentimes been moving to work on this project over 3 years with the artistic team of students and professionals, and of course with Niall's beautiful libretto that even includes a shapeshifting 'Radio song'.'

For more information about the event, please visit the BBC website.