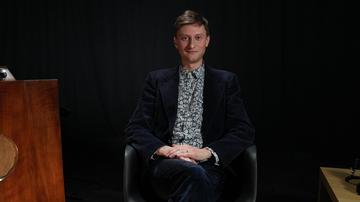 Following his research into music of the Holocaust, DPhil Music student Leo Geyer was filmed as part of the Sky Arts documentary "Hitler's Jazz Band", shedding light on the Nazi's most bizarre propaganda vehicle. Despite the ban on jazz throughout the Third Reich, the Nazis created Germany's premier swing band. This documentary charts the fascinating story of Karl Schweidler and his band.

Hitler's Jazz Band is available to watch on demand on Sky Arts and NOW TV.