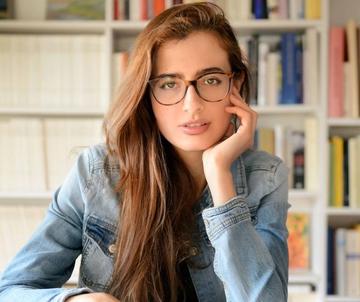 In February 2023, the Los Angeles Philharmonic New Music Group will perform the world premiere of No oyes ladrar a los perros for sinfonietta and organ, a work by DPhil Music Student Erika Vega.

Erika writes: 'No oyes ladrar a los perros is composed after the homonymous tale by the Mexican writer Juan Rulfo, the precursor of the magical realism.  The musical work evokes the notion of time and space found in Rulfo’s writings. In musical terms, analogous phenomena can be heard, perception opens up and the auditor is invited to cross the threshold into a dreamlike atmosphere with a strong visual sense. The role of memory and perception is fundamental in the development of the non-linear musical narrative. The literary manifest itself in the way time is perceived unraveling alternative perspectives. The harmonic construction is defined by the organ and the ensemble is articulated in a spectral cloud. I am delighted to have received this commission as a part of the Pan-American Music Initiative by the LA Phil and Gustavo Dudamel, a five-year celebration of the vision and creativity of artists from across the Americas.  '

The Mexican composer Erika Vega (b. 1987) has received several grants and prizes including the Eighth International Jurgenson Competition for Young Composers at the Moscow Tchaikovsky Conservatory (Russia), the 2016 Bludenzer Tage zeitgemäßer Music Workshop/Competition (Austria), the TACTUS 2017 Young Composers Forum (Belgium), the Los Angeles Philharmonic’s 2017 National Composers Intensive (USA), the Danish Arts Foundation (Denmark), laureate from Fondation Royaumont (France), The Henfrey Prize for Composition 2019 and 2021 at the University of Oxford, and the Fellowship for young artist from the National Fund for Culture and Arts 2020 (Mexico). She has participated at ManiFeste the academy at IRCAM (2018-2019) and Prototype VI at Royaumont (2018-2019), writing music for dance, a collaborative relationship between composer and choreographer. Recent commissions include works written for ELISION ensemble, The Curious Chamber Players, Frederik Munk Larsen, CEPROMUSIC ensemble, Sarah Maria Sun, Philippe Graffin, Katharina Gross, ALEPH Guitar Quartet and the Los Angeles Philharmonic among others.

Erika is currently a member of the National System of Art Creators (Mexico) and a PhD candidate in Composition at the University of Oxford, where she has been awarded the prestigious Clarendon fund. In her latest works, she has been exploring the relationship between music and poetry, proposing some musico-linguistic analogies that arise from a study of phonology, syntax and semantics, interacting and exchanging techniques and essential structural qualities.

For more information about the concert, please visit the LA Phil website.