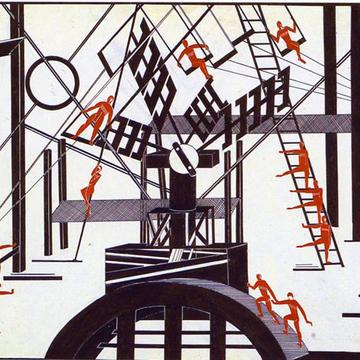 A new network has been formed across the University to examine responses to the Soviet Union in the first decade after its formation in 1922. Founding members of the network come from the disciplines of English Literature, History, Music, Politics, and Slavonic Studies. This network will attend in particular to the way that political significance was expressed in culture: what was the cultural impact of the Soviet Union in the British Empire, and how well were the distinct cultures of the Soviet Union’s nations understood? Their aim is to address these questions through interdisciplinary discussion and to establish a project of recovery. The relevant primary source materials from the period are not easily accessible: few of the journals are digitised, British agit-prop plays were rarely scripted, ballet choreography was not recorded, music was only sporadically reviewed, and films were censored. A central task for the network will be to examine how local, national, imperial, and international power was and is coded into cultural forms, and how those forms were translated as they moved across the globe.

Departmental Lecturer in Historical Musicology Dr Joanna Bullivant writes: ‘The new network is an exciting opportunity for researchers, students and the public to take an interdisciplinary look at an important part of twentieth-century British history. The aim of the network to tackle issues of both British and Russian imperialism is also especially timely and promises to address a historic imbalance’.

For more information about the network, please visit the TORCH website.