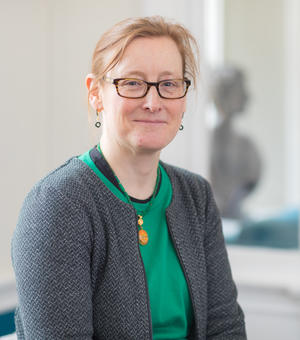 Professor Leach is both a music theorist and musicologist, with wide-ranging interests in everything from the minutiae of musical structures and manuscripts to the broadest cultural, historical, and philosophical contexts for music. Her principal focus has been on music and poetry of the fourteenth century, although she has also written about songs from both earlier and later periods.

In the Faculty, Professor Leach lectures on the music of Guillaume de Machaut and the Trouvères. She is also currently Director of Research.

Professor Leach is also a Fellow of the British Academy. For enquiries about working with Professor Leach at postgraduate and postdoctoral level, please see the details here.

Musicologist and music theorist. Research interests in songs, counterpoint, and singing, with a particular focus on medieval secular lyrics in French. Other interests include music and philosophy, ideas of musical meaning, music analysis (especially of pre-tonal repertoires), music and gender, and music in literature.