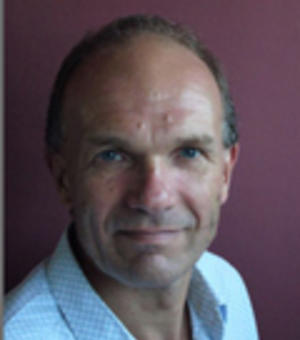 Eric Clarke went to the University of Sussex to read for a degree in neurobiology and graduated with a degree in music. After an MA in music, he was awarded a PhD in psychology from the University of Exeter, and became lecturer in music at City University in London in 1981. He was appointed as James Rossiter Hoyle Professor of Music at Sheffield in 1993, and took up the post of Heather Professor of Music at the University of Oxford in October 2007. Professor Clarke is an Associate Editor of the journals Music Perception and Musicae Scientiae, is on the editorial boards of Empirical Musicology Review, Radical Musicology, and Per Musi; and is a consulting editor for Psychology of Music. He was an Associate Director of the Arts and Humanities Research Council´s Research Centre for the History and Analysis of Recorded Music (CHARM) from 2004-2007, and of the AHRC Phase II Research Centre for Musical Performance as Creative Practice (CMPCP, 2009-2014)), was elected to membership of the Academia Europaea in 2009, and was made a Fellow of the British Academy in 2010.

His research and teaching cover a number of areas within the psychology of music, music theory, and musical aesthetics/semiotics. He is the author of a monograph on listening (Ways of Listening. An Ecological Approach to the Perception of Musical Meaning OUP, 2005), co-author with former colleagues Nicola Dibben and Stephanie Pitts of Music and Mind in Everyday Life (OUP, 2010), co-editor with with David Clarke (Newcastle University) of Music and Consciousness (OUP, 2011), co-editor with colleagues from CHARM of the Cambridge Companion to Recorded Music (CUP, 2009), co-editor with CMPCP colleague Mark Doffman of  Distributed Creativity (OUP, 2017). He has published widely in journal articles and book chapters on topics including expression in performance, the perception and production of rhythm, musical meaning, the relationships between music and language, the analysis of pop music, the history and aesthetics of recorded music, music and the body, music and consciousness/subjectivity, and music and empathy. Current projects include: Musical Subjectivities, a monograph based on lectures delivered at the British Library as the Royal Holloway-British Library Distinguished Lectures in Musicology; a second edited volume on Music and Consciousness (OUP); a five year AHRC research project (2016-21) on Transforming C19th Historically Informed Practice (PI Claire Holden).

He has supervised doctoral students on a wide variety of topics, including expression in performance, synaesthesia, the perception of electroacoustic music, perceptual theories of atonal music, the psychology of the recording studio, the perception of musical metre, music and consciousness, music and parapsychology, psychological processes in sight-reading, metaphors of embodiment in string playing, embodiment and pleasure in groove-based music, the dynamics of orchestral playing, music and awe, collaboration and intercultural engagement in contemporary music, and the perception of bass/base music.