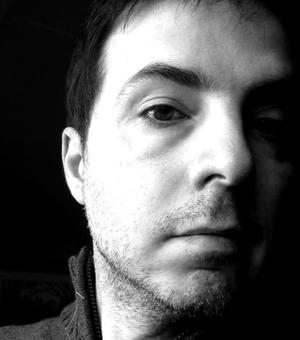 Professor Stanyek has published on subjects ranging from Brazilian hip hop to Pan-African jazz, from improvisation to posthumous duets. In 2014 he convened a forum on musical transcription that appeared in the journal Twentieth-Century Music (11/1). The two principal strands of his research are music technology and Brazilian music and dance. With Sumanth Gopinath he co-edited The Oxford Handbook of Mobile Music Studies (2 volumes, 2014) and his essay ‘Deadness: Technologies of the Intermundane’(co-written with Benjamin Piekut), received the 2011 ‘Outstanding Essay Award’ from the Association for Theater in Higher Education and was selected by MIT Press/Journals as one of the 50 most influential articles out of the thousands published over the past 50 years in all of their journals across all disciplines.

His research on Brazilian music can be found in a number of journals and edited volumes. He co-edited (2011) an interdisciplinary issue of the journal Critical Studies in Improvisation entitled ‘Brazilian Improvisations / Improvisações Brasileiras’ (available at http://www.criticalimprov.com/issue/view/113) and his monograph on Brazilian diasporic performance and a co-edited volume (with Frederick Moehn) on the history of bossa nova in the United States are forthcoming. In summer 2008, he was guest producer for an hour-long radio show called ‘The Brazilian Diaspora in the United States’ for Public Radio International’s long-running programme Afropop Worldwide (available online at: http://www.afropop.org). He often serves as a member of the faculty at the California Brazil Camp in Cazadero, California, where he teaches pagode and cavaquinho.

He has given invited lectures at a number of universities in Europe, Latin America, and the U.S. and has delivered keynotes on noise cancellation technology for two conferences in 2013 (“Music, Digitisation, Mediation: Towards Interdisciplinary Music Studies” and “Functional Sounds: The First International Conference of the European Sound Studies Association”) and on Brazilian diasporic performance for the 2007 Brazil Week at Harvard University.

He is currently co-editor (with Julian Johnson) of the Cambridge UP journal Twentieth-Century Music and is Editor of 33 1/3 Brazil, a new series of short monographs that will expand Bloomsbury’s long-running 33 1/3 series. He also serves on the editorial board of the journal Sound Studies, and is a member of the advisory board of the journal Critical Studies in Improvisation. He was Multimedia Reviews Editor of the Journal for the Society of American Music from 2007-2010. Since 2007 he has been a researcher on the international team of a major collaborative project entitled ‘Improvisation, Community, and Social Practice’ (funded by the Social Sciences and Humanities Research Council of Canada). Between 2012 and 2015 he is serving on the Council of the Society for Ethnomusicology.

As a teacher he gives graduate seminars and undergraduate classes on Brazilian music, sonic culture, critical theory, global hip hop, musics of the African diaspora, world music, new media, ethnographic method, and the history of ethnomusicology. He has won teaching awards from the Cross-Cultural Center at the University of California, San Diego and for the 2012-2013 academic year he was the recipient of a Humanities Teaching Excellence Award from the University of Oxford.

He was long active as a performer and composer, releasing two CDs as a guitarist with the improvisation quartet O’Keefe, Stanyek, Walton, Whitehead and serving as assistant conductor for the premiere recording of Anthony Davis’s opera Tania. He played cavaquinho and berimbau on the CD Da Rua Dos Ossos by Juju Duarte (Art Hurts, 2006). Professor Stanyek’s compositions have been performed worldwide and he has composed music for dance productions and films (including for Thomas Allen Harris’s É Minha Cara/That’s My Face: A Mythopoetic Film Exploring the African Face of Brazil).

At Oxford he is the convener of the Seminar in Ethnomusicology and Sound Studies (https://ethnomusicologyandsoundstudies.wordpress.com), co-organizer of the Global Brazil Network (http://www.torch.ox.ac.uk/globalbrazil), and academic director of the Humanitas Professorship in Classical Music and Music Education (http://www.torch.ox.ac.uk/humanitas/classical-music-and-music-education).