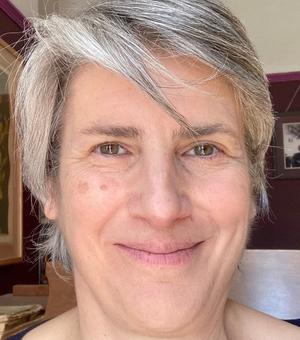 Dr Hill entered the field of popular music studies from a background in classical musicology, with a study of the relationship between post-war popular music and fifty years of political activism around the survival of the Welsh language. Her most recent book, San Francisco and the Long 60s (Bloomsbury, 2016) is a sustained microhistory of the Haight-Ashbury neighbourhood, the development of the psychedelic musical culture in the years 1963-69, and an assessment of the legacy of the hippie era in the present day Bay Area. Some of the ethnographic material that Dr Hill collected for that book was the basis for a Radio 2 documentary, A Taste of Summer, which focused on the myth of the Summer of Love.

Dr Hill is currently co-editing The Oxford Handbook of Progressive Rock (forthcoming 2021), and conducting research for a study of women rock critics and second-wave feminism in the 1970s. Her next publication will be an edited collection of short essays on one-hit wonders, which aims to offer a capsule history of changing popular music tastes, the inescapably mainstream, and the often maligned.

‘”This Is My Country”: American Popular Music and Political Engagement in 1968,’ in Barley Norton and Beate Kutschke, eds., Music and Protest in 1968 (Cambridge: Cambridge University Press, 2013), 46–63