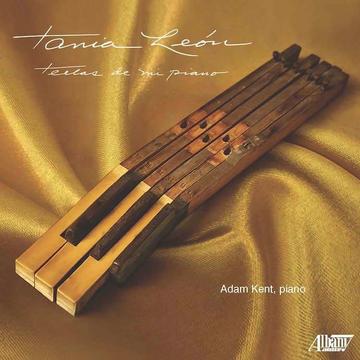 Professor Jason Stanyek has written liner notes for Teclas de mi piano, a recording of Tania León’s solo piano music just released on Albany Records. León is the winner of the 2021 Pulitzer Prize for Music and a 2022 Kennedy Center honoree, and the disc’s 11 pieces represent all stages of her career, from student compositions written in her native Cuba to mature works composed almost a half-century after she migrated to the United States in 1967. The pianist is Adam Kent, a professor at the State University of New York at Oneonta.

Professor Stanyek joined the Faculty of Music in October 2012. As a teacher he gives graduate seminars and undergraduate classes on Brazilian music, sonic culture, critical theory, global hip hop, musics of the African diaspora, world music, new media, ethnographic method, and the history of ethnomusicology. In addition to his teaching, he is the convener of the Seminar in Ethnomusicology and Sound Studies.

For more information about the album, visit the Albany Records website.