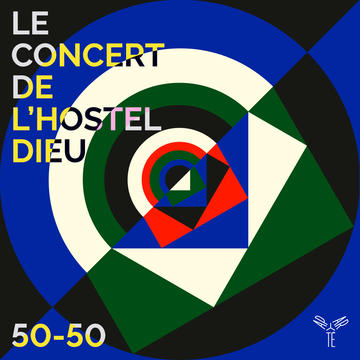 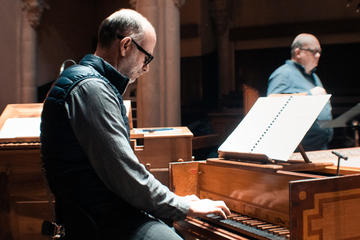 Saturday 24th September sees the world premiere of three new compositional works by Professor Martyn Harry – STAB, Courante & Sarabande and Pastorale – at the Ambronay Festival in France, with simultaneous live broadcast of the pieces on French television. All three pieces were composed in response to works by the French 17th century composers Lully and Charpentier, and were commissioned by the outstanding French Baroque ensemble, Le Concert de L’Hostel Dieu, who are premiering the pieces under the direction of their musical director and harpsichordist, Franck-Emmanuel Comte.

The live broadcast serves to promote the launch of the Le Concert de L’Hostel Dieu’s new CD, 50-50, on the Aparthé label, with all tracks available on Spotify, Amazon, Apple Music and other music providers for download. The concept behind the 50-50 album was to create a kind of musical ‘meeting’ between 17th century and contemporary music on the one hand, and, on the other, French and English composers. While Martyn was commissioned to respond to specific pieces of music by Lully and Charpentier, the French composer, David Chalmin, was similarly commissioned to respond to works by Henry Purcell.

Further intrigue is created by the way that the music of the 17th and contemporary composers relate. Lully and Charpentier’s music exercised a powerful stylistic influence on Purcell’s work, and go a long way to explain what differentiated his music from that of many of his British contemporaries. 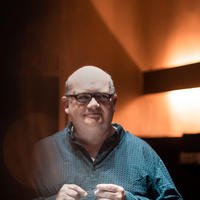 Also, creating an album jointly for Le Concert de L’Hostel Dieu’s ensemble proved to be creatively exciting for Martyn Harry and David Chalmin, who had not worked together before. As Martyn explains, “David’s music fuses a lot of different elements and draws strongly on the experimental rock collaborations he has done with artists such as Thom Yorke, the National, Madonna and Rufus Wainwright. Although I myself also worked as a record composer in the past and as a film music orchestrator, I see what I do as circling more around contemporary classical music and experimental music theatre. What we found when we started exchanging ideas is that we had a common creative interest in minimalist music which enabled us to situate what we were composing both in relation to the 17th century models we were working on and the new compositions we were sending each other”. 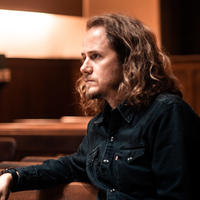 Another key feature of the project compositionally was the opportunity to work with the special instrumental qualities of a French Baroque ensemble. Martyn particularly points to the incredible virtuosity and expertise of the individual players of Le Concert de L’Hostel Dieu, and their music director Franck-Emmanuel Comte. “I particularly relished the opportunity to compose long solo lines for the baroque oboe, oboe d’amore and baroque bassoon in collaboration with players as exceptional as Maria Raffaele and Florian Gazagne. The baroque oboe and oboe d’amore have very distinct qualities that I really tried to capitalise on in my pieces. Another thing I learned from the incredible care that Le Concert de L’Hostel Dieu takes in tuning generally, and the huge impact that it has on the sound of the ensemble. Directing my pieces on the album was a huge privilege, and the incredible beauty of the sonorities that you can hear on 50-50 has a lot to do with the purity of the tuning. At times in the recording I almost felt a kinship with spectral music there.”

Martyn Harry is professor of composition at the music faculty, with links to St Anne’s and St Hilda’s Colleges. His latest research project with Le Concert de L’Hostel Dieu draws on his experience of working with other period practice performers such as His Majestys Sagbutts and Cornetts, cornet player Jamie Savan and sagbutt player Adam Wolfe.

The live broadcast of 50-50 will take place at 4pm UK time on Culturebox (accessed under France.tv). Le Concert de L’Hostel Dieu will also perform these works in the UK next May, alongside a newly-composed work by Martyn Harry for the same ensemble entitled Dies Irae, in concerts given at St John’s Smith Square, the Ludlow Assembly Rooms, and Oxford’s Holywell Music Room.